Embark on a journey—the story of Diners Club. It begins with a forgotten wallet and a pioneer who saw an uncharted world waiting to be explored. 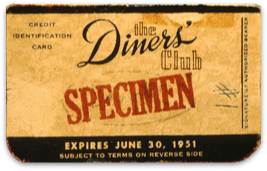 For businessman Frank McNamara, forgetting his wallet while dining out at a New York City restaurant was an embarrassment he resolved never to face again. Luckily, his wife came to bail him out and pay the tab. But little did he know that dinner would become an important part of credit card history.

A year later in February 1950, he returned to Major’s Cabin Grill with his partner Ralph Schneider. When the bill arrived, McNamara paid with a small cardboard card, known today as a Diners Club Card. The event was hailed as the First Supper, paving the way for the world’s first multipurpose charge card.

Membership reaches 42,000 as acceptance expands to major US cities, bringing together a new kind of community.

The franchise network stretches across the globe in Europe, Asia and the Middle East, inviting Clubmembers to belong in countries across the world. 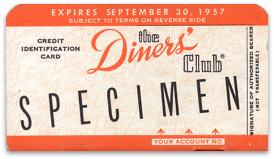 Being part of the Club is no longer just about dining, but connecting over sports, travel and all the things members love.

Diners Club enters the travel market when travel agencies in major cities agree to accept the card for purchase of airline, steamship and cruise tickets.

In the U.S., the Internal Revenue Service begins to require detailed records of business expenses, which increases demand for Diners Club cards.

During the Floyd Patterson vs. Roy Harris heavyweight championship, more than 25% of the $200,000 spent by spectators that night was charged on Diners Club cards.

Diners Club reaches one million Clubmembers and is listed on the New York Stock Exchange.

130 countries now accept Diners Club—more countries than are in the United Nations.

Reservations World, a subsidiary of Diners Club, creates the first industry-wide computerized reservation system that allows people to make hotel reservations anywhere in the U.S. with a toll-free telephone call.

Yet another Diners Club-owned company produces a Ford credit card to purchase car repairs on credit. Members see that not only is Diners Club making unforgettable moments, it’s making the everyday better for them too. 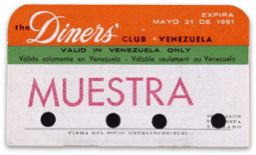 Five out of every six credit card-carrying tourists entering the United States have a Diners Club card. 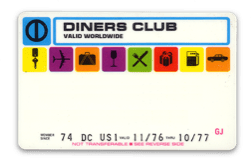 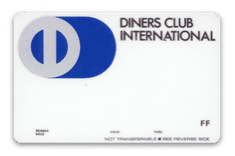 Being part of the Club becomes even more rewarding. Life Magazine recognizes Frank McNamara as one of the 100 most influential Americans of the twentieth century, further cementing his legacy in the history of credit cards.

DinersClub.com is launched for the first time.

A new global campaign is launched to target business travelers.

Diners Club International reinvigorates the brand with the launch of a new global advertising campaign that helps members feel like they can belong anywhere, together

Other moments in history: Clubmembers now have access to more than 130 airport lounges around the world. 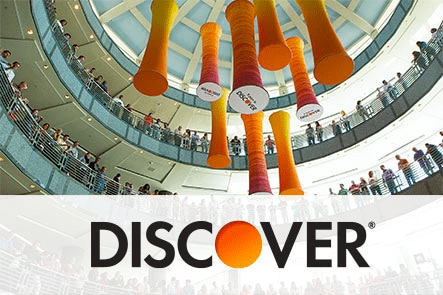 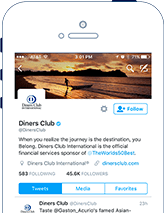 Clubmembers now have access to over 1000 airport lounges around the world to help them make more of every moment.